One of the treats I’d have never ever thought I’d eat again after becoming vegan. But when you get such a strong craving for something, it is the right kind of motivation you need for something like this to happen, right? hihi. Well, this Pan de Muerto wasn’t the exception.

See how I made this Vegan Pan de Muerto 👀

In case you’ve never heard of this kind of bread, it’s super traditional in Mexico (where I am from) during September-November season.
In my country, the Day of the Dead is celebrated on November 1st and 2nd. And, in fact, Pan de Muerto is linked to that celebration. One of the most beautiful and colorful traditions in my beloved Mexico.

And guys, I can’t stress enough how soft the bread is when you add a magical ingredient to the dough.
Which isssssssssss… * drum roll * POTATO!
Yup! Incorporating some mashed potato into the dough will add lots of softness, moisture, fluffiness and yumminess to our bread.

Can I omit the potato in this vegan pan de muerto?

The potato is an extremely crutial part in this vegan pan de muerto, especially to achieve the right texture. Potato starch attracts and holds more water than wheat starch, therefore it is a very simple way to increase the moisture content in breads.
Personally, for this vegan pan de muerto, I would not omit the potato unless it is substituted for potato flour or potato starch.

Can I add more flour if the dough is sticky?

If the dough feels very sticky, it means you need to knead longer. The key to achieving a fluffy and light bread is to avoid adding more flour than it needs to prevent the dough from drying out. I know it can be very temptingot add a little extra flour to make the kneading easier, but trust me, just keep kneading until it stops sticking to your hands. The dough will be slightly sticky, but not to the point where the dough remains messy and gooey on your hands (I suggest watching the video to give you a clearer idea of ​​what it should look like).

Can I make this vegan pan de muerto in a larger presentation?

Without a doubt, just keep an eye on the time, depending on how big you make the bread, you may need 3 to 7-8 extra minutes in the oven.

By the way, this is our new cookbook! 😍
Click on the image to get more info. 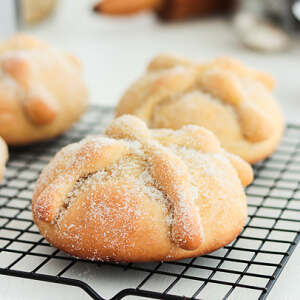 *Can substitute for any other plant milk 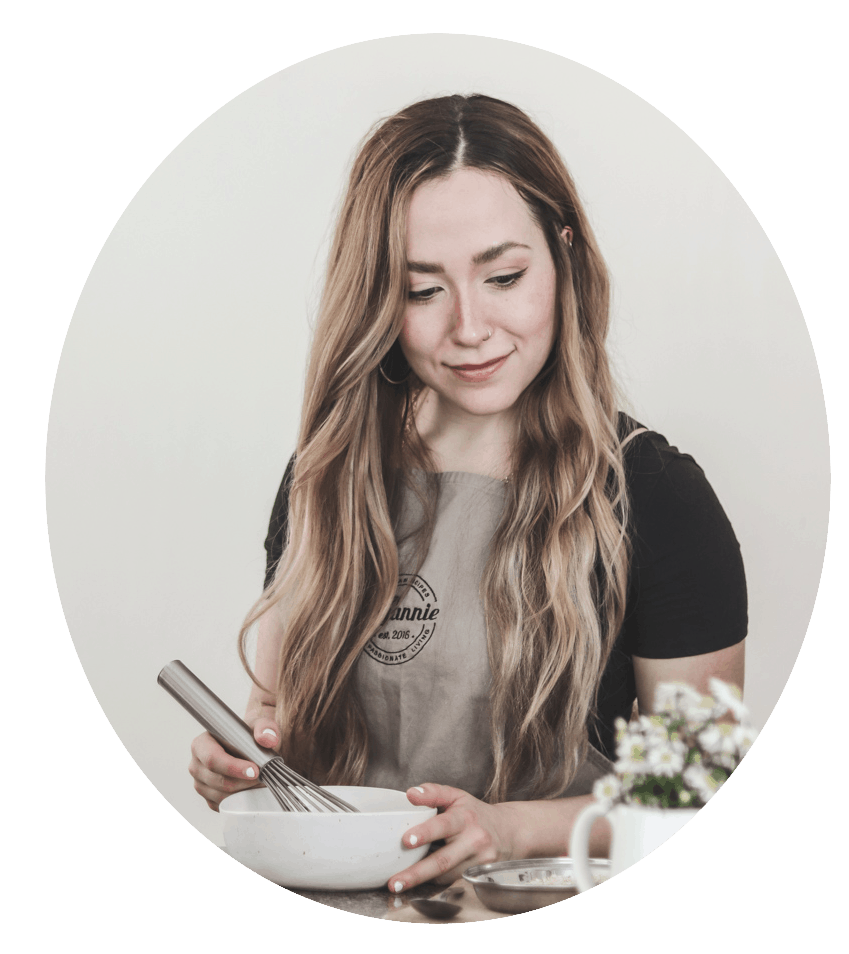 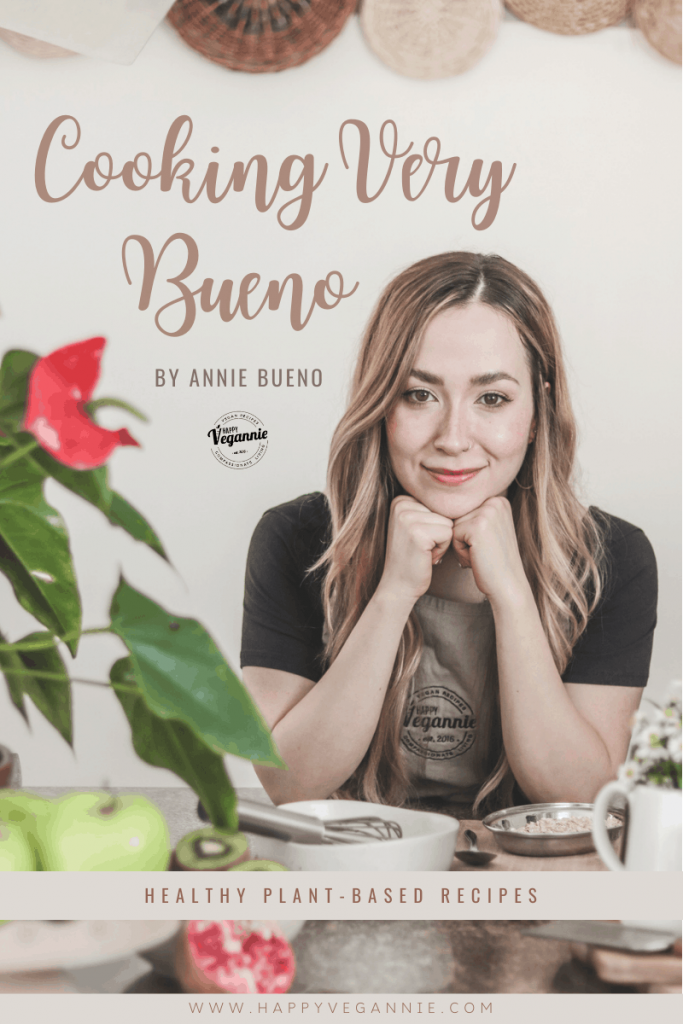